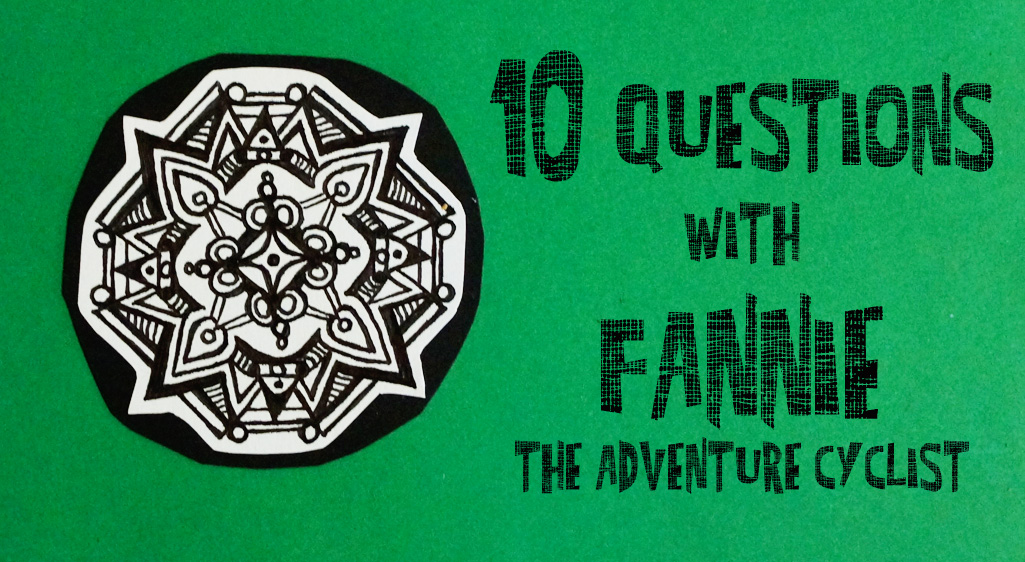 Stephanie (a.k.a. Fannie) is my older, adventurous sister who has always inspired me to live life to the fullest.  Stephanie has backpacked all throughout Europe, biked from Virginia to California, hiked the Appalachian trail, and biked through New Zealand… the list goes on.  She is the one we turn to when we have any questions about our cycling tour. Here are 10 questions I thought would be helpful and fun to share.

1. Where have you cycled?

Many places, but my two biggest tours were from Yorktown, Virginia to San Francisco, California and across New Zealand.

2. What was the longest you biked in one day?

3. How many days did you go without a shower?

4 days while on a cycling tour. 10 days on the Appalachian trail which ended with me having a giant dread-knot in my hair that was harder than a rock!

4. What was the scariest animal you encountered?

A snapping turtle!  It was in the middle on the road so we tried to move it so it wouldn’t get hit and it kept snapping at us, so we let it be.  We also saw plenty on rattle snakes which were scary!

5. What was the nicest thing someone did for you?

While biking through Colorado we stopped in a small ski town and were unable to find accommodation. A random guy who overheard us asking staff at a restaurant where we could camp handed us $100.  He told us his friend, who had a truck, would pick us up and drive us to a hotel. As we were about to leave he handed us another $100.  He would not let me take his name or address he just told us he had a daughter our age and to be safe.

6. Did you ever get anything stolen?

Nope.  A fully loaded bike is so heavy, that if someone tried to hop on they would immediately fall off.  We would use a small bike cable to lock them up if we were going to be gone for a while.

7. Did you have any major malfunctions while touring?

Nothing major.  I had a few broken spokes.  My first flat tire from Virginia to California was in Kansas, after that I had 8.

8. What was the hardest thing you had to deal with?

Communication with my companion.  It was hard to make decisions on where to go and what to do because reality is you can’t do everything!

The hardest element I had to deal with was wind!  I remember peddling downhill in Colorado going only 8mph.

9. How many pairs of underwear did you bring?

HAHA.  5-7 pairs?  I can’t remember but keep in mind you can always buy new ones wherever you are.

10. What was one thing you didn’t bring that would have been nice to have?

A good knife and a cutting board.