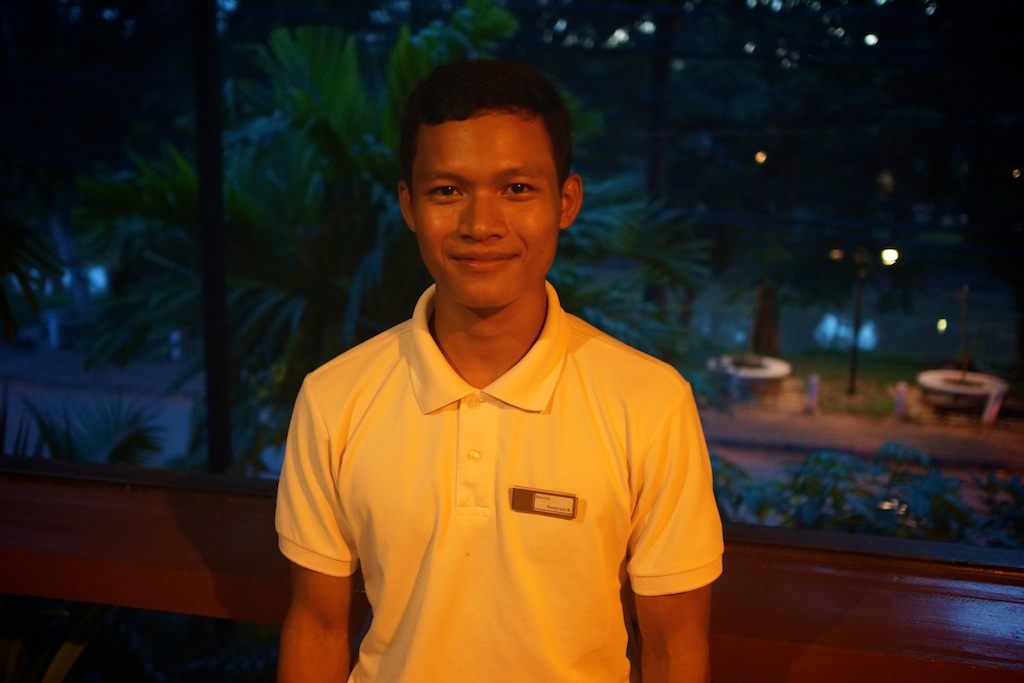 We met Somreach in Siem Reap at our hotel, Khmer Cuisine B&B. When we greeted and thanked him in his native tongue, he told us it made him happy that we were trying to learn his language, so he spent the rest of our visit tutoring us on the Khmer language!

Somreach comes from a family of rice farmers, living 60 kilometers outside of Siem Reap. He is the second youngest in a family of 8 children, and the first in his family to attend university and formally study English. He dreams of one day becoming an English teacher and tour guide at Angkor Wat, and hopes that earning his degree will inspire his younger sister, who also studies English, to continue her higher education.

He travels around the city, to his classes and work on a bicycle his grandparents gave him for achieving high marks in school. On his one day off each week, he sometimes rides his bicycle to Angkor Wat to study the tour guides he hopes to become one day.

He spoke frankly about the effect of pesticides on farmers and livestock. “People die. If they have a weak heart, the chemicals will kill them. My cow died after eating grass sprayed with a pesticide we use to kill rice field crabs.”